In-game mobile advertising has been around for a while now.

However, back in the day, in-game ads were quite different than they are today. Mobile games were filled with banners and static ads that would take up the players’ entire screens.

For most players, this was very annoying.

Today, in-game ads are more appealing. They now come in different interactive formats and are more relevant to players.

Despite the way they have evolved, some players still dislike seeing ads in games. Nevertheless, a lot of them are aware that they are necessary to keep their favorite games free.

What is in-game mobile advertising?

The concept behind it is pretty straightforward: game developers make money by serving ads to players. The more players watch these ads, the more money goes into the developers’ pockets.

There are four sides involved in this process:

Here’s a simple overview of what the process looks like.

The developers notify ad networks that they have blank ad space to fill. The ad network then connects them to the advertisers who bid to win these ad placements. Finally, the winning ad gets chosen by the ad network.

Generally, in-game mobile advertising makes it possible for games to remain free for players, profitable for developers, and useful for advertisers. ‍

Why are in-game ads a great monetization fit for casual games?

In-game ads can be found in different mobile game genres.

However, they tend to be the best fit for casual mobile games. To be more precise, they work best in one of the casual subgenres – hyper-casual games.

In most cases, hyper-casual games monetize by serving players with ads after almost every level. The thing is, players don’t play these games for a long time. For this reason, the developers need to monetize them as quickly as possible – by displaying a bunch of ads.

This doesn’t mean in-game ads are reserved for hyper-casual games.

In-game mobile advertising is a good monetization fit for all games that attract low-paying audiences. Since the majority of players are non-payers, this is basically any kind of game.

The share of in-game mobile advertising revenue is increasing by the year.

To compare, in 2019, only 37% of total casual game revenues came from in-game advertising. In 2020, this number increased to 43% and has been steadily growing ever since (Statista).

The future of in-game ads in casual gaming

In-app purchases have always been the dominant monetization method in casual gaming. However, over the past couple of years, in-game ads are getting dangerously close to their revenue share.

Some of the main factors that play a role in this are:

Not familiar with the term hybrid monetization?

To explain, hybrid monetization is a strategy of combining IAPs and in-game ads. More and more developers are using this strategy to monetize their games. While IAPs allow them to monetize payers, with ads, they get to monetize non-payers at the same time.

Some examples of hit casual games that combine in-game ads and IAPs are Subway Surfers and Archero.

What are the main benefits of in-game advertising for UA managers?

As mentioned in the intro, the advertisers are one of the sides included in the process of ad serving. While the benefits for developers are pretty obvious, the benefits for UA managers are something important to think about.

The benefit for UA managers is pretty straightforward – the more people play mobile games, they are becoming a more attractive channel for advertisers to try and reach them.

All the top ad networks provide numerous in-game targeting options. Age, gender, location, language, and interests are just some of them.

With a careful targeting strategy, advertisers can make sure their ads reach the right audiences.

Previously, personalized ads were delivered to gamers by default. This was done by tracking their identifiers for advertisers (IDFA, GAID).

However, the era of these identifiers is coming to an end. Apple has already introduced its privacy framework where tracking is only possible with the users’ consent. Google has announced a similar move in the form of Google Privacy Sandbox which is coming in 2024.

When players play a game, they are actively engaged with the gameplay. They are not just casually glancing, like when they are scrolling through their Instagram or TikTok feeds.

Besides being highly involved, mobile gamers are usually also in a relaxed state of mind. These are some of the reasons in-game ads do a great job at grabbing the players’ attention.

How much can developers earn by monetizing a game with in-game ads?

Game developers display ads for a living. In order to make their games profitable, they need to bring them in front of the eyes of thousands of players.

There is no exact answer to how much developers can earn with in-game mobile advertising. This depends on the ad formats they are using, their placements, the ad networks they are using, and many other factors.

The main metric that reflects revenue from ads is eCPM (effective cost per mile). Essentially, this metric shows how much money a publisher makes per thousand ad impressions.

Obviously, the higher the game’s eCPMs are, the better. High eCPMs are a signal that the displayed ads are converting players.

Tracking this metric is not just an option.

All developers who want to make money with in-game mobile advertising should be tracking their eCPMs.

ECPMs significantly vary by ad format. This means some ad formats have a higher potential for delivering revenue.

We’re bringing more details about this in the next section.

Mobile games usually feature some of the five most popular ad formats. In most cases, a single game features multiple ad formats.

Moreover, the leading ad networks typically support most of these ad formats, so there are no limitations to worry about.

Let’s go over each of these ad formats and their main features!

Example of an interstitial in-game ad

When interstitial ads appear in a game, they take over the players’ whole screens. They can be either static (image and text ads) or dynamic (video ads). Generally, dynamic ads are a better option because they are more engaging for players.

After watching these ads for a while (e.g. 5 seconds), players can close them. In fact, most players wait for this moment so they can continue with the game.

The thing is, interstitial ads are not the players’ favorite ad format.

They take over their screens and interfere with the gameplay. This is why the app stores are filled with reviews like: “Great game, but too many ads”.

To minimize such reviews, game developers should follow these best practices when integrating interstitial ads:

What about eCPMs for interstitial ads?

According to Game Developer, the average eCPM for this ad format is $1.86.

Example of a playable in-game ad

Playable ads work as mini-games. Players can interact with these ads and play a demo of the advertised game. This usually lasts anywhere from 15 seconds to one minute.

When the mini-game ends, the ad features a call to action inviting players to install the game.

Technically, playable ads are a type of interstitial ads. This is because they also take over the players’ screens. There is an important difference, though – players like them much better than interstitial ads.

At the same time, advertisers and developers have reasons to like them too. Even though these ads come with high CPIs, the advertisers love them because of their high conversion rates.

Finally, the developers cherish them for their high eCPMs -  the average eCPMs for playable ads is as high as $17.24! (Game Developer)

Rewarded video ads are opt-in ads with a clear value exchange. If players decide to watch one of these ads, they will get a reward in return. For instance, extra currency or items.

Since watching these ads is optional and they bring rewards, most players actually like them.

Due to their nature, players find rewarded video ads to be the least intrusive ad format. According to Facebook Audience Network, only 24% of players see them as intrusive.

This ad format is equally popular among developers. According to Walnut Unlimited, 82% of developers find them to be the most effective ad format. Their eCPMs are impressive too – they range between $10 and $50 (ironSource).

On top of all this, rewarded video ads can boost player retention and IAPs.

For advertisers, the biggest benefit of rewarded video ads is the fact they are only charged when the player watches the whole ad. The completion rates for this ad format are known to be high, so this benefits both advertisers and developers.

This ad format can be found in all kinds of different games – from hyper-casual titles to mid-core games.

Offerwall ads are another type of rewarded in-game mobile advertising. Just like rewarded video ads, they are opt-in and bring players rewards.

However, they are far from the same thing.

Offerwall ads act like mini-stores within the game. In these “stores”, players can find a “wall”  with a list of tasks they can complete to win a reward. Some examples of such tasks include:

Offerwalls are best known for their extremely high eCPMs. According to ironSource, the average eCMPs for offerwalls in casual games are $300. In RPG games, they are insanely high – $1.670!

One final thing to note about offerwalls is that not all major ad networks support them. Some of the big ad networks that support offerwalls are Tapjoy, Fyber, and ironSource.

In-game mobile advertising has significantly changed over the last decade. Nevertheless, some features that existed back are still widely used.

Banner ads are one of those features.

Banner ads are small ads that appear in the corners of the players’ screens, usually on top or bottom. They can be static or dynamic and can feature an image, text, or even video snippets.

They are frequently displayed during gameplay, and most players don’t mind them. In fact, a lot of them don’t even notice them. Due to this, they typically don’t have high CTRs.

This ad format doesn’t have high eCPMs either – they average at $0.28 (Game Developer).  For this reason, developers usually use banner ads alongside other in-game mobile advertising formats.

Why do advertisers use them?

Most advertisers use banner ads because they are less expensive and easier to produce than other ad formats.

Are you using in-game ads to promote games?

If your answer to this question is no, you are missing out on a lot of potential downloads. If your answer is yes, we can help you get better results, faster.

Our product is designed for UA teams who want to utilize the full potential of their operations and maximize their returns. Feel free to try it out or contact us if you have any questions! 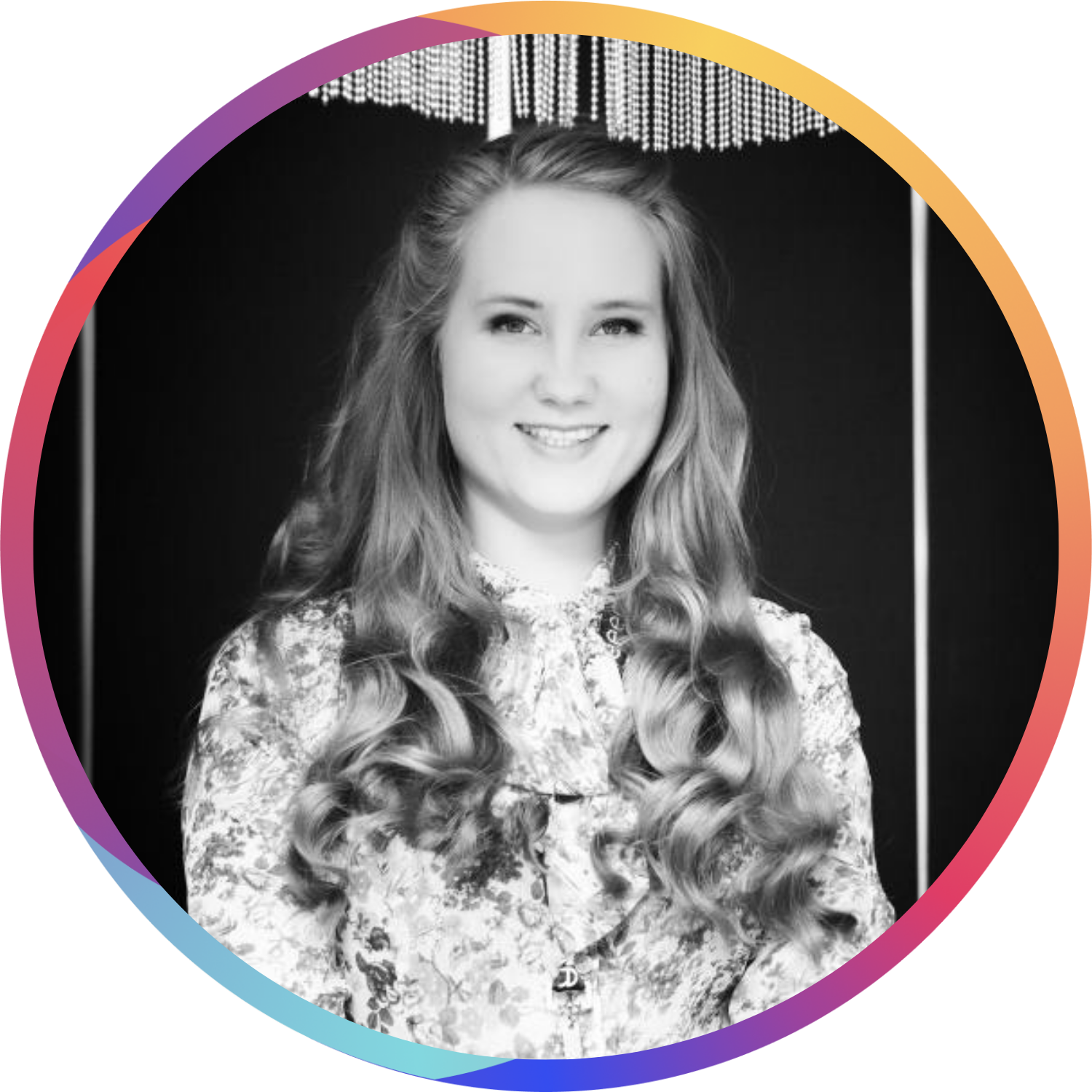 Ready to take UA to the next level?

Predict the future of your advertising returns

Operate in different marketing channels at the same time

Scale around the clock with automation
Schedule a Demo